Brent Fulgham has been merging Cairo graphics backend features from the Adobe Apollo/AIR branch of WebKit (#16558, #16577, #15382). The Adobe developers have been cooperative and their code is well-written — hopefully they’ll start merging their own work soon. This puts the graphics backend a couple of weeks ahead of schedule (the original target was GNOME 2.24): 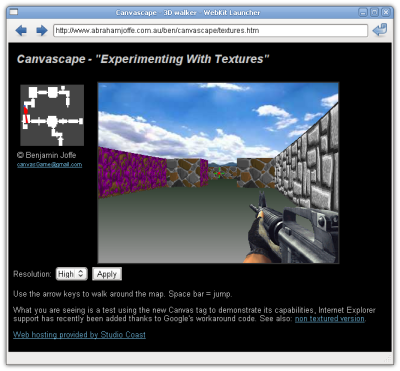 Luca Bruno has provided the last (#16365) in a series of fixes to get the Acid2 smiley face rendering correctly. This should help dispel rumours that the WebKit/GTK+ team is dropping acid.

Google engineers have contributed a handful of improvements (#15974, #16169) to WebKit’s image decoders, which will be shared between the GTK+ and Android ports.

Mobile features designed for Android can also now be easily enabled in the GTK+ port (eg. LOW_BANDWIDTH_DISPLAY support, r28960). It’s great to see cooperation on features like this.

The Maemo/Hildon mobile platform (used in Nokia internet tablets and Ubuntu Mobile) is now an official component of the GTK+ port. This means that these libraries can be used directly in WebKit instead of being maintained out of tree.

The JavaScript engine has seen recent optimizations which bring it further ahead of the stock browser shipped in OS2008 for the N800/N810 devices. Check out any of the freely available JS/AJAX benchmarks if you’re interested in performance.

Initial printing support (#15576) has landed. Cairo’s paginated surface API lacks some features we need to implement this fully. I’ve posted a proposal for new API that will be useful in matching the print functionality of the Mac and Win ports.